Conveniently located in Central Eastern Oklahoma,
we are readily available to cover any terrain in Oklahoma, Arkansas or Kansas.

Conveniently headquartered in Eastern Oklahoma, Arkoma Surveying and Mapping is a professionally licensed land surveying firm specializing in the commercial energy sector. We strive to maintain a high standard in quality, price, and service to deliver dependable and accurate surveying services.

We do exceptional work with our well stake and pipeline packages and are widely known for the outstanding plats produced from our BLM/BIA surveys and river surveys.

Working closely with operators, engineers, and landmen to safely scout and plan the expansion of the energy industry's infrastructure, we offer Surveying Services and Drafting Services to expedite your needs with flexible scheduling and accurately detailed results.

From the initial scheduling of field work with a skillfully trained field crew, to the final plat drawn by world-class draftsmen, we provide expedited services throughout the entire surveying process.

We reduce industry operational "idle time" by empowering our skilled crews with the latest technology to communicate and share data directly with our office from anywhere in the field, notating and gathering all data vital to our partners and their operation on the first visit to the field, and providing detailed plats and surveys while exceeding expectations by providing expedited turnaround times for our partners.

Arkoma Surveying and Mapping is a proud member of ISNetworld, PEC Premier and SafeLand USA. We practice JSAs and hold safety meetings with our crews daily. We also perform weekly conference calls with crews to discuss safety concerns and, if necessary, any near misses, along with bi-annual safety training meetings and continuing education classes with all crews.

After nearly a decade of surveying the commercial energy sector for oil and gas operators in Oklahoma and Arkansas, Arkoma founder and president Lance Mathis decided to embark on his own quest to become THE standard for reliability, consistency, and flexibility in commercial surveying.

By using a time-tested formula, Lance established a simple set of core values for his company that remains in place today:

His vision has continued to produce an efficient value driven product while forging a trusted partnership with everyone Arkoma works with. 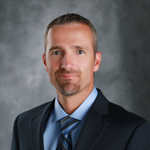 In January of 2008, after working almost a decade surveying hundreds of oil and gas wells, site surveys, boundary surveys, power line surveys, and thousands of miles of pipeline, Lance Mathis set out with a vision to change the industry and operate one of the most successful and well known surveying and mapping firms, Arkoma Surveying and Mapping. His vision was simple: Create partnerships that last, build trust, hire top employees who go above and beyond, embrace advances in technology that reduce wait times and lower costs, and work closely with operators to achieve common goals. Several years later, that vision remains the same. Arkoma continues to set standards and has now become the go-to company for surveying and mapping.

Upon graduating in 2000 from Eastern Oklahoma State College with a degree in Forest Measurement and Surveying, Lance began his career with Topographic. Surveying wells, sites, boundaries, power lines and pipelines, Lance quickly became Party Chief after only 14 months in the field. Six years after starting with Topographic, he became eligible for State and Federal Testing for Licensure and, in 2007, received his first license for the State of Oklahoma, followed by licenses for Arkansas in 2008, and Kansas in 2012.

Lance knew his vision was the key to a successful company and lasting partnership with owners and operators. Success has allowed Lance to continue to grow Arkoma and expand its operations by surrounding himself with talented professionals who continue to exceed every expectation.

Today, Lance still resides in his native Wilbuton in Southeastern Oklahoma with his wife Jamie and their three children; coaching Little League games and enjoying family outings, while still overseeing the day-to-day operations of Arkoma, surrounded by the people he trusts most. 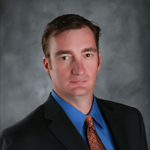 In 1997, after playing two years of basketball at Eastern Oklahoma State College, Bubba moved to Dallas, TX where he studied business management at the University of Texas at Arlington. In 1999, he went to work as a financial planning assistant for Ameriprise Financial before leaving that company in 2001 to become a mortgage loan officer for Cowen Funding Services. Four years later, Bubba would leave Cowen to work for DAVACO, Inc. as a Lead Project Manager.

During Bubba's time at DAVACO, Inc., he began to really grow into his own while planning and executing large, nationwide projects for many major retailers such as Victoria's Secret, Starbucks, McDonald's, Pearle Vision, Sunglass Hut, Radio Shack, Pac-Sun and Cash America Pawn. His responsibilities included overseeing dozens of field crews and data input technicians for multiple projects, often all at the same time.

After three years at DAVACO, Inc., Bubba returned to Wilburton to begin his career at Arkoma.

Today, Bubba oversees all things field related, including hiring and training new crews to exceed the expectations of our energy partners, ensuring safety compliance among each of our skilled crews, assuring quality control of all field work, employee and site scheduling, as well as reviewing partner accounts.

Most of all, Bubba is doing well with the two things he loves most in his life, his wife Rachel, and the opportunity to continue to do what he's always done since he was a child: Having fun with his younger brother.